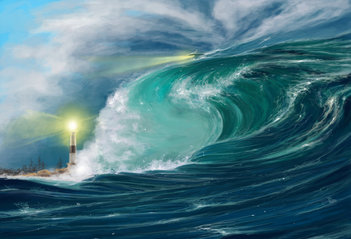 (photo ref: http://mycks.deviantart.com/art/Tsunami-Support-Conference-Art-376359927)
This website details a personal experience I had with Bank of America that culminated in July 2015 that lead me to question everything I believed about our Banking System, our Legal System and our entire Social Power Grid.

I was shocked at what I discovered when I tried to reconcile my beliefs with our current reality.

Most individuals erroneously believe that banking is a 'service for the public' when in fact it is 'the control mechanism' for every individual, government and institution in the world .

On 9/23/2015   relevant individuals within our country and around the world were notified of this website and this situation via an email that can be found at http://bofa-bunker-buster.weebly.com/​ .   The Senators and Congressmen most interested in Banking Reform including Senator Sanders, Senator Warren, Congressman Sarbanes and Congressman Grayson (Florida) have been kept informed of this situation as it has played out.  Others in our Government most aligned with our Bankers (like Hillary Clinton, Barack Obama and Joe Biden) were also kept moderately informed.

On 10/22/2015 http://bofa-racketeering-2015.weebly.com/  was launched to limit the focus to BofA and our National Banks  (that website leaves out the HUGE picture historical info related to international Bankers, the FED, etc etc) -- A CFPB Case was opened in December 2015 related to BofA, in January 2016 BofA filed a farcical response, and from there members of the Government, the Media and BofA seemed to get more confused by the week. (magic trick!)

On 6/12/2016 http://naked-bankers-on-parade-2016.weebly.com/ was launched to expose yet more nonsensical Bank of America fraud (related to the core minutia they executed to create this website).

On 6/14/2016 http://the-heloc-reset-crisis-unmasked.weebly.com/​ was launched to fill in the nitty gritty factual details that were/are missing from this website.  In May 2016 my research finally lead me to 'the document' which tied the OCC (Office of Comptroller of Currency) and the Board of Governors of the FED to this cash constriction crisis.  This unmasking website also details relevant revelations related to  100 hours reviewing Regulation Z of the Truth in Lending Act so that those of legal mind would understand the true "illegality" of all of this, should that ever become relevant. (I'm more of a Karmic Law kind of guy, so those details were of less interest to me, but they were very nice to figure out!).

As of this writing on 7/24/2016,  Civil Court cases and Federal Complaints are being withheld because many of Our Judges, starting at the tippy top, are seemingly on the take,  the corrupt Loretta Lynch can't answer a straight question no matter how simple, and James Comey has shown he is corrupt, ball-less and confused... and given this hapless crew is should be the crew who would handle a banking corruption fight, I see no reason to ask them for help, do you?

At this point, I sense we are in store for some major turbulence and maybe even some positive changes with this Election of 2016, how about you?

What type of Government and Legal System do YOU think we are going to end up with after the Election of 2016??


What a Karmic Event we are laying witness to... eh!?

What team are you going to support??

What a truly great time to be alive.

D. Trump has claimed the Republican Party nomination. His powers are solidifying... What does the next week hold for the opposing powers?

Please read this info below before taking off in one of several directions available to you!!

Historical Quotes - The Power and Dangers of Banking

Below are some quotes that should help you realize the true power and danger of banking very quickly... 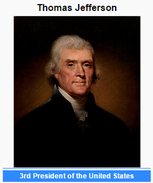 Thomas Jefferson - “If the American people ever allow private banks to control the issue of their currency, first by inflation then by deflation, the banks and the corporations will grow up around them, will deprive the people of all property until their children wake up homeless on the continent their fathers conquered"

Napoleon Bonaparte - “When a government is dependent upon bankers for money, they and not the leaders of the government control the situation, since the hand that gives is above the hand that takes… Money has no motherland; financiers are without patriotism and without decency; their sole object is gain.”

Andrew Jackson - “If the people understood the rank injustices of our money and banking system there would be a revolution before morning.”

Abe Lincoln - “I have two great enemies, the Southern Army in front of me and the bankers in the rear. Of the two, the one at my rear is my greatest foe”

Chief Justice of US Supreme Court - Abe Lincoln's time - “My agency, in promoting the passage of the National Banking Act was the greatest financial mistake in my life. It has built up a monopoly which affects every interest in the country"

And we, as a country,  have never recovered from the mistakes made during the time of Abe Lincoln.  There are dozens more quotes on the "This Situation > -- US Banking Historical Quotes" .  They tell this entire story both past and present.

The person on the left, Ken O'Keefe, is an ex US-Marine who shares the realities of Bankers and War in a passionate manner.  At 1:15 into the video below Ken leads into the realities of banking as they pertain to politicians and war.

".....We need to understand the truth here. First off, all of these players, these politicians, are nothing more than puppets. They don't serve the people. There is no real democracy.  They really serve the rich and powerful who run the world and that would be the bankers who control the money supply.  The bankers of course make huge amounts of money, whether they make bad investments or not, wars are great for them....."
​

Bank of America Execs - By Name 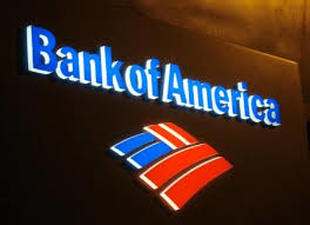 Bank of America Execs Directly Involved via email in this BofA Fiasco that exposes the greater problems in our Federal Banking System and willful/forced lack of government oversight in Banking:I just met enemies I never knew I had, I lost some battles that should never have been fought, and now I'm a little mad.  Once I bring you up to speed you should be mad too.   All emails with them are included in this website. 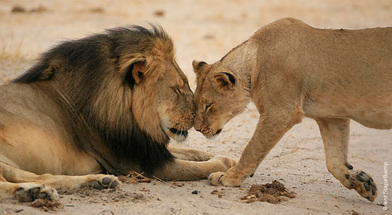 You should care about the implications of my experience:

Andrew Jackson was the only president to run the government without a deficit (1830's) and that was achieved by expelling the international bankers from the game...  The full quote from US President Andrew Jackson (~1828) is as follows...

And while he did rout them out, unfortunately they worked their way back into the banking system in 1842 and our problems with them have grown steadily since then, culminating with the creation of the FED December 23, 1913.
​ 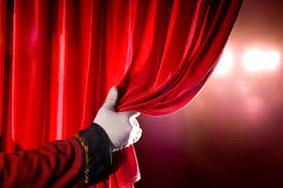 This website exposes the following:
﻿The US Federal Reserve Bank is a Private Bank that operates outside of the control of our Federal government and the families/clans that own it are at the root of our Societal Controls, nationally and globally, and it seems time for change (IMO).
​ 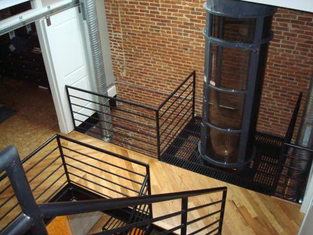 My Bank of America Experience - In Brief 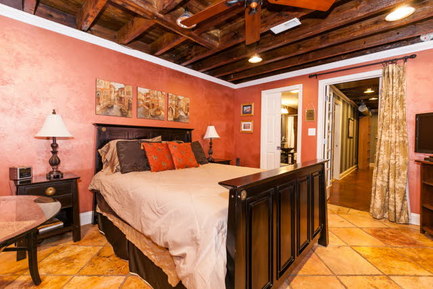 I entered into a HELOC  (Home Equity Line of Credit) Agreement with Bank of America in 2005.  When I entered I recognized the product to be a derivative banking product, but it would only turn toxic if a deviant decision not to renew came about during my Reset (renewal) in 2015.  The nature of HELOCs and derivatives is explained in laymen terms in this website.  Please do NOT let that deter you from reading this.

During my Reset process (renewal process) in May 2015 an arbitrary (and deviant) decision was made not to consider a renewal of my HELOC (no steps at all were taken to consider a renewal...), resulting in a SHOVE into an illogical repayment period that will cause my $900/mo interest only payment to adjust to $2600/mo interest and "collateral" as of September 28, 2015 (a 288% increase).

In an effort to "appear supportive" after the SHOVE, I was offered the opportunity to apply for a reduction in my payment increase.  Unfortunately, BofA execs had setup nonsensical program guidelines that enabled them to deny all payment reduction applications.  The payment reduction program was an illusion setup for outward appearances only.  Bank of America employees and execs at various levels participated in a fully choreographed, fraudulent underwriting process.

I documented 25 deviant acts during the Reset process to cover up the nature of the derivative product and the illusionary repayment reduction application process, that culminated in catching a BofA VP in a bold lie.  From there I climbed my way thru 4 levels of execs to legal where I dropped an "information bomb" in an email.  I obviously hit a nerve because I was offered a reduced payment increase as long as I signed a non-disclosure agreement.  I declined the offer for numerous reasons, one of which was so I could out the deviant bankers at the top of all of this once and for ALL.

As of now, my 288% payment increase is going into affect as of September 28, 2015 and I'm pissed.  My bet is as soon as the bankers involved in our illusionary banking industry read this, they'll wish they had never messed with my "collateral" and our banking Agreement. 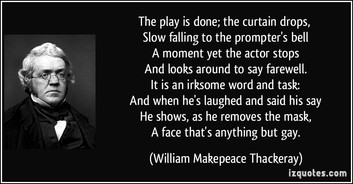 If the curtain on banking falls, the curtain on many government issues and the media falls because the three are far more closely tied together than most realize.  If that transpires, many other curtains should quickly follow. If you see an energy wave forming around my little Tsunami, please secure your seat belt and put your crash helmet on, as this ride should get bumpy (but ultimately for the better) relatively quickly. 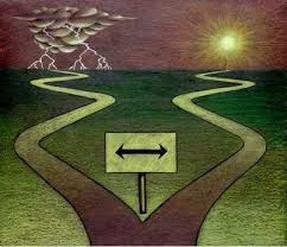 Path 1
Proceed to the "This Situation" menu and work your way thru the menu items 1 at a time.  The banking concept at the center of this experience is NOT a complex banking topic.  I explain everything in layman's terms so a broad audience can realize what has transpired and what is transpiring in banking.  The banking details specific to my experience fade quite quickly into the background as the industry wide collusion and our Federal Banking concerns emerge in plain sight.   If you want to coninue after that, proceed thru the menu items one menu at a time and read whatever is of interest.  The menu items are configured so that this would read like a book.  Starting from left to right, and then top to bottom under each menu item.